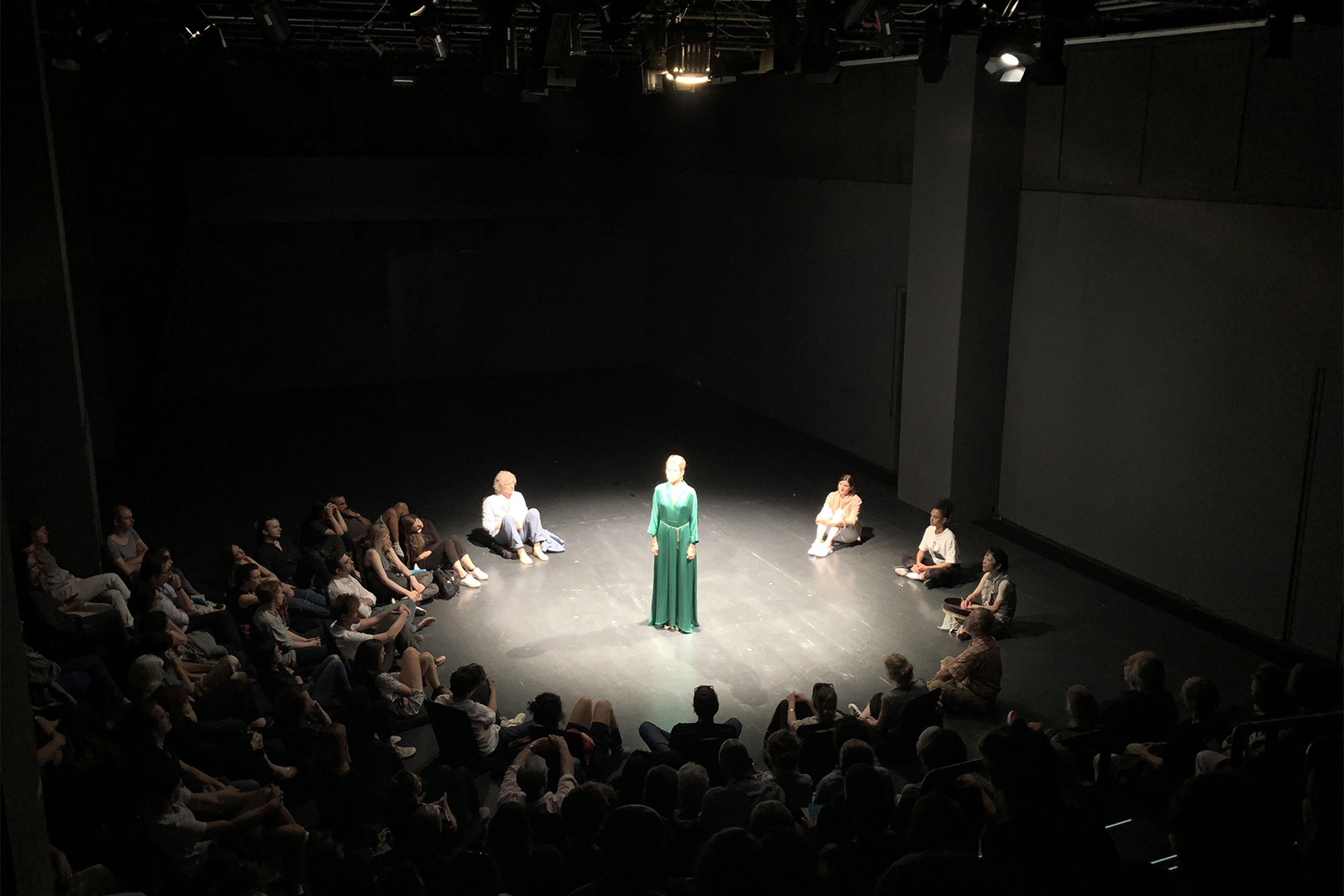 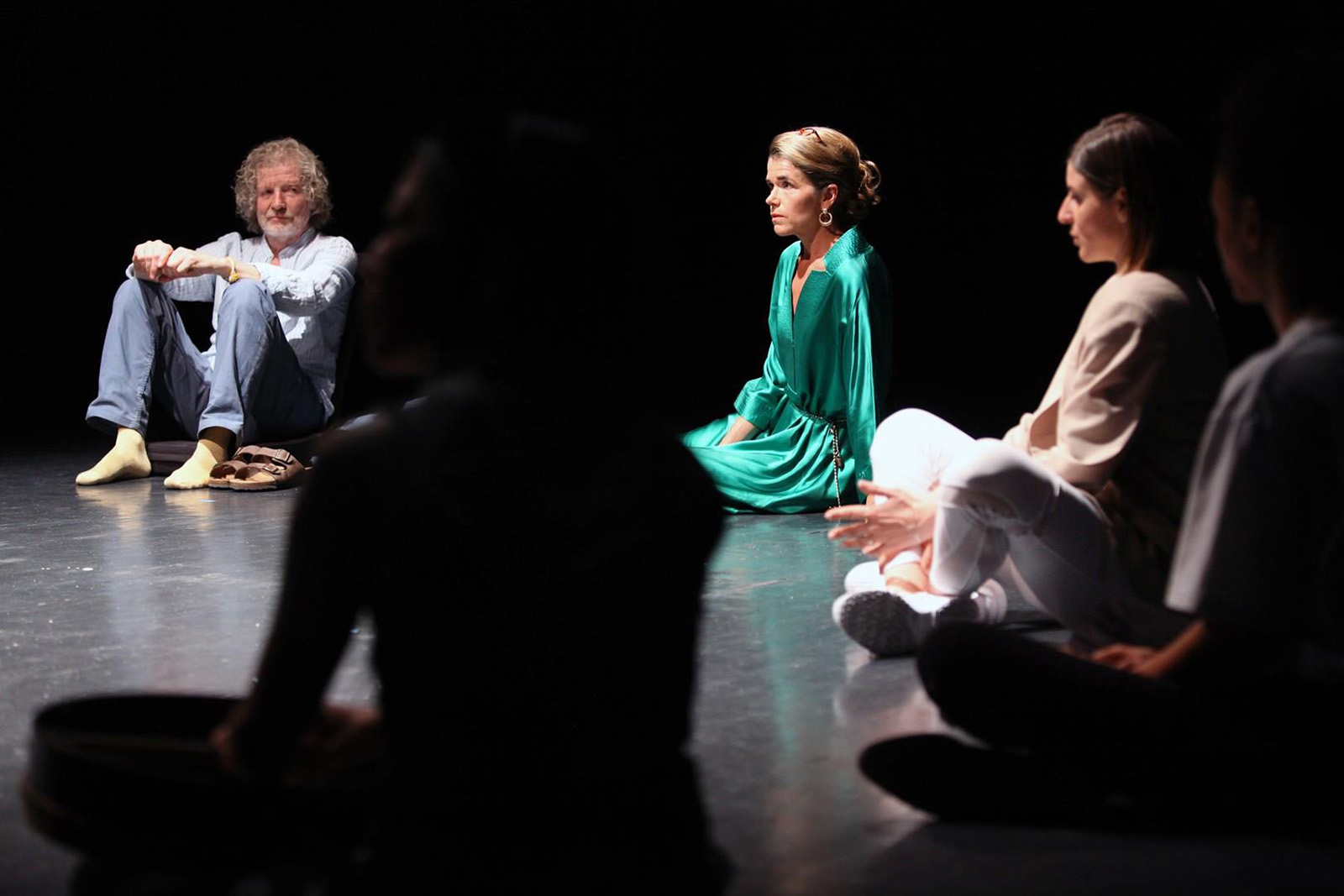 Design and development of the set design for the theatre play “Kluge Gefühle” by Maryam Zaree, a tragic comedy. The play also marks the directorial debut of Berlin-based director and actor Niels Bormann. Based on the production concept, the reduced stage design employs the architectural cornerstones of the ancient tribunal. The audience, arranged in a circle and seated on meditation chairs at ground level, becomes a physical extension of the stage. The axis of the direction of the play is rotated, half the grandstand is barred, and the existing symmetry of the theatre space is disbanded.